It’s Thursday, so today’s new music SoundWave is here! Enjoy, and leave comments to let me know what you think.

I CAN BE INDIE TOO

Most of you will recognize Icona Pop from their rocking dancehall jam “I Love It.” That’s a great song in its own right, but Icona Pop have been around a lot longer than their recent (read overnight) rise to mainstream pop stardom would have you believe.

When listening to “Nights Like This,” it’s obvious that Icona Pop’s name, while not a complete misnomer, definitely fails to reflect the influence electronic music has had on their sound. This song is chock full of crisp synths and arcade game noises (reminiscent of many-a-song by The Postal Service), vacillating between eighties-tastic electronic beats and a super catchy, electro-pop chorus.

What makes this song a real success, besides its ridiculously upbeat feel that just makes you want to throw your hands up and sing with reckless abandon (or is that just me?), is the infectious vocal contribution by Swedish singers Caroline Hjelt and Aino Jawo. Icona Pop are what La Roux would be if she had a bearable voice – or, in a more positive light, they are the female equivalent to synth-pop maestro FrankMusik. They are fun, they are fresh, and hopefully they won’t sell out their original synth-pop sound for more stereotypical ventures.

AND THE BEAT GOES ON 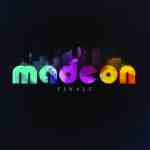 First of all, I want everyone to click on this song and listen for at least one minute. Then, keep reading.

Did you follow the directions? Good, because now I want to blow your socks off. The guy who produced/wrote this song, Hugo Pierre Leclercq, is freaking 18 YEARS OLD. Can you believe that? I’m completely reevaluating my life right now. Seriously, between this and the fact that Fitzgerald had already published This Side of Paradise by my age, I’m obscenely depressed.

Rather than search for “famous people under 20” on Google (which made my slide into depression that much more complete), let’s talk about this energetic EDM song. Little Hugo has outdone himself here (can you outdo yourself at age 18?) by merging a subtly dub-step-y sound with massive beat drops and backing vocals that recall an epic Coldplay tune. He sounds like the not-so-distant relative of Daft Punk and Justice, complete with grand synth guitar hooks and emphatic beats found in both those French forbears.

Even if you don’t typically enjoy this kind of music, I’d recommend that you “brace yourself” and let this vibrant display of modern disco wash over you. 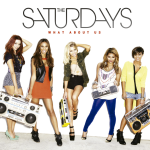 What About Us (feat. Sean Paul) – The Saturdays

Ah, the part of the blog where I can kick back and not care what people think about my music taste! Pop Confessions are quickly becoming my favorite part of the week – judge away. For today’s SoundWave, it’s time to confess that I’ve had this brit-pop belles’ jam “What About Us” kicking around my iPod and headphones for the past week pretty much on repeat. (At least, when I wasn’t listening to the other outstanding songs I’ve included in this post, obviously).

The Saturdays haven’t really taken off in the States, but after this outing, I’m thinking that won’t be true for long. For those not (yet) in the know, this group is one of the UK’s most successful recent female collectives.  While maybe that isn’t a very exclusive stratum of the Pop hierarchy to break into these days (really, who are they competing with – the superfluous Pussycat Dolls?), this hook-heavy track, with a solidly infectious contribution from Sean Paul, dishes out just the right mix of dance and pop. By no means groundbreaking (the lyrics are on the less-favorable side of trite), the track is well produced and radio friendly enough for a listen or two…or three….or twenty five. 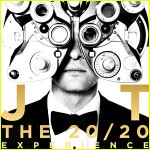 So, JT is back. Yay, everyone cheers, the applause dies down – now we look at what he actually produced for us. Timberlake had carved out quite a niche of pop music for himself before his 8-year quasi-hiatus from music (and his relatively successful foray into acting), and so I was intrigued to see what he would do upon returning. Well, at least I can say that he didn’t fall back into old habits – “20/20” is definitely new, and has a totally different feel than his last album, but honestly, I’m not crazily impressed with it as a whole.

That being said, there are two things about the album that give me hope. The first is that JT has stated that there is a follow-up half of the album coming out possibly as soon as November. So maybe all the sleep-inducing, eight-minute-long tracks were put on this first release, and the real meat of the album is TBD? Sure.

The second reason not to despair is this song, “Tunnel Vision.” I’m so glad that Justin realized that one of the biggest assets to his career was Timbaland, who produced this song and continues to do that synthetic futurescapes thing he does so well. The song comes off as sleek and sexy, with Timberlake’s slightly egocentric beat boxing skills highlighted again on this skipping-beat foray into variations on a theme, a theme full of orchestral accompaniment, Neanderthal grunts (courtesy of Timbaland), and indulgent falsetto harmonies. 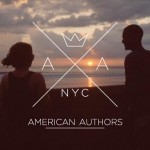 Take Imagine Dragons, throw in a dash of Ra Ra Riot, transplant them to Brooklyn, NY, and the result is American Authors. Though this group has only released three songs to date, they are poised to be my selection for breakout artist of the year for 2013.

Everything on this track is done well and executed to indie-pop perfection, so that the result is a highly polished exhibition of explosive summery exhilaration. The sound is crisp all around, from the handclaps and tambourines to the contagious chorus to the Mumford and Sons-esque banjo plucks.

The lyrics to this tune are as uplifting as the overall sound, and, as they state, “I’m just a believer that things will get better” for this group as more time goes by and they garner more and more exposure. 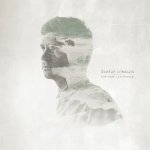 What is it about the Scandinavian countries that make them produce such talented musicians? Kate Havnevik and Jónsi (of Sigur Rós acclaim) are two of my favorites, and they only scratch the surface of this subset of the musical world that exquisitely and almost uncannily transmutes natural topographical beauty into sound.

Ólafur Arnalds has created a soundscape to rival all others on his album “For Now I Am Winter.” If you took the passion of Clint Mansell and mixed it with the artistry and instrumentation of Yann Tiersen, threw in a hint of Ludovico Einaudi’s minimalism, and then had Guy Sigsworth (of Imogen Heap and Bjork fame) produce it, then you would come close to describing the majestic neo-classical beauty of Ólafur. Neo-classicism in 21st century music is a stimulating amalgamation of sounds, blending the best of classical instrumentation with the advances of musical technology.

Give yourself proper time for this striking song to wash over you, and then go and buy the whole album on iTunes. You definitely won’t regret it, whether you listen to his music in times of quiet relaxation or when studying. I can already tell that “For Now I Am Winter” will be one of my topmost played albums of the year. 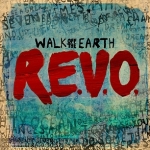 Red Hands – Walk Off the Earth

If you haven’t heard of Walk Off the Earth, then you must not be one of the almost 148 million people who have watched their intriguing cover of Gotye’s “Somebody That I Used to Know.” Most people were introduced to the Canada-based group through that video, but they are poised to break into indie-rock stardom with their March 19th album “R.E.V.O.” (which stands for the groups self-proclaimed motto: Realize Every Victory Outright).

This cleverly arranged album is an uplifting, summery journey through anthemic chants and finely balanced contrasts, and “Red Hands” is the standout single. It starts out with an unassuming plucked guitar line that builds slowly along with the layered vocals of the five members, climaxing with a repeated chorus of spirited group chants (reminiscent of a polished version of the Lumineer’s “Ho hey”).

Throughout there is an explosion of noise; xylophones, acoustic guitars, and a wall of drums keep you engaged and entertained during the sharply harmonized and percussive arrangement. This conceptually accomplished track, as well as the whole quirky album, is danceable and smile-inducing, and promises great things for the future of Walk Off the Earth.

Want to listen to all these songs at once? Check out my Youtube Playlist for this SoundWave!