I CAN BE INDIE TOO

“HERO”: Wildcat! Wildcat! have been present on the indie circuit for the past few years, but had only released a couple of EPs up until now. With freshman album No Moon At All, however, the LA band proves that the wait did them some good, as hit single “Hero” is sleeker and more engaging than previous releases.

“Hero” is a self-proclaimed “underdog anthem” featuring pulsing synths, moody atmospherics, and a driving beat with an intensity that is matched only by the contagious quality of the melody. Dueling falsetto lines lead the lilting vocal charge, while celestial touches permeate the backing production, which is crisply augmented by the involvement of producer Morgan Kibby (of M83 acclaim).

NUTSHELL: Moody and atmospheric indie-pop has a new frontrunner, and they are named Wildcat! Wildcat! – check out “Hero” for more on the matter.

AND THE BEAT GOES ON

“KANYE (FEAT. SIREN)”: There are two possible ways to view The Chainsmokers – as shameless caterers to popular fads, or as crafters of subtle exposés on society. “#Selfie” may have trod the offensively obnoxious line (at least in my book), but the duo’s new single, “Kanye”, is a much more successful, clever single.

Yes, the song is about Kanye West, as the chorus proclaims – “I wanna be like Kanye” – but not in the way you might think. It’s actually about how much Kanye loves Kanye, and how he should be a “role model” for the world in the sense of inflated self-esteem, self-aggrandizement, and I-think-I’m-the-shit-ness.

Sure, it’s another absurd song from The Chainsmokers, but what redeems it, and gives it a spot on this week’s blog, is the infectious EDM/big-summer-bash beats that permeate the track. Coupled with newcomers (and soon to be stars) Siren’s innocent vocals, “Kanye” is sure to get you dancing – and hopefully wash away any bad memories of “#Selfie” that you might have.

NUTSHELL: After a series of remixes and the absurd “#Selfie”, New Yorkers The Chainsmokers are back with an original (albeit ridiculous) anthemic dance single “Kanye”, which  is almost as clever as it is catchy.

“JUST KIDS”: Real-life couple Alex and Sierra, winners of Season 3 of The X Factor, shed the shackles of folk-pop on their new, third single from upcoming freshman album It’s About Us, and show us what mindless, entertaining summer pop is all about.

“Just Kids” is a synthy, bass-laden track that discourses on the blissful irresponsibility of youth over a shimmering haze of sputtering guitar lines, catchy hooks, and a host of harmonies.

NUTSHELL: It’s time to roll the windows down and rock out to Alex & Sierra’s new single “Just Kids”, which is mindless, wonderful, no-regrets pop at its best.

SWEET DREAMS (ARE MADE OF THIS) 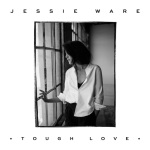 “TOUGH LOVE”: It’s been quite some time since Jessie Ware was featured on Soundillustrated, but the English siren hasn’t been wasting her time; rather, she has spent the past year honing her sound into a fascinating R&B-Pop hybrid, as showcased on new single “Tough Love.”

Balancing a sense of restraint with burgeoning passion, “Tough Love” emerges amidst a faint glow of synthesizers, echo-laden percussion, and alternately exposed and layered vocals. Minimalistic production by Two Inch Punch and Benny Blanco (Rihanna, Katy Perry) serves to highlight Ware’s musical arsenal of killer vocals and a brilliant sense of atmospheric impact. As stated in an interview, the track was Ware “experimenting with [her] voice and having fun with it.” Here’s to hoping there is more experimentation of a similar ilk on her sophomore album, due to drop in October!

NUTSHELL: Like a reverberated memory of a dream from the ’80s, “Tough Love” is an enticing midtempo track that manages the difficult feat of being delicate and restrained while also enticing and sumptuous.

My family has been divided by this song. Half of us feel that “Gasoline” is the most wonderfully beach-y and fun reggae track of the summer, while others feel that it is a little trite and self-consciously sycophantic – or just plain underwhelming (cue Renata). However, as I’m the arbiter of Listenable Music in this house (at least for the time being), I say the song stays, and gets the honored spot of Old Reliable on SoundWave 74.

Dedicated to my burly friend Caitlin “Wondo” H., without whom this song may never have seen this blogaissance (blog+renaissance…nope, that’s not a thing).

“WORK SONG”: Much like Vance Joy, I just can’t seem to get enough of Hozier these days. “Sedated”, which was featured a few blogs ago, still gets relatively consistent playing time, though newer release “Work Song” has subsequently supplanted that one in my queue of music-to-listen-to-on-repeat-at-all-times.

Intimate and worldly songwriting is coupled with Hozier’s penchant for melodic constructions on “Work Song”, which somehow simultaneously manages to be subdued and freeing, rugged and sleek, contemplative but instigative. Hozier’s rustic, deep voice is at times comforting and soft before switching gears to explosive and powerful, a duality that makes “Work Song” a fascinating addition to the skilled singer-songwriter’s oeuvre.

NUTSHELL: A heartfelt mélange of soul, R&B, and indie rock, Hozier’s music is as infectious as it is inventive, and tracks like “Work Song” just further my love of his music.

PICK OF THE WEEK 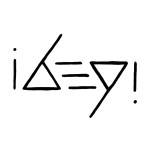 “OYA”: There’s really nothing quite like twin sisters Ibeyi’s first single “Oya”, so as much as I can write about the song, you really just have to listen to it. The closest comparison I can make is that it is something like a more controlled, melody-focused Bjork track, with a little electronic production thrown in for good measure.

Haunting, capricious, and mercurial, “Oya” is an amorphous, polyphonous song, replete with lyrics in English and Yoruba. The track is naturalistic at times, with an indescribable, almost barbaric drum beat that is juxtaposed with a naive and pure vocal sound from the twins (which is what “ibeyi” translates to, oddly enough). With a gripping and percussive outro, “Oya” is unlike anything I’ve heard before, and promises fantastic things to come from the 19-year-olds in the near future.

NUTSHELL: Wholly original, “Oya” is a fascinatingly poignant and evocative single featuring stirring vocal lines, heavy and realistic percussion, and a dash of agitation that is beautifully unsettling.

Want to listen to all of these songs at once? Check out my YouTube Playlist for this SoundWave!